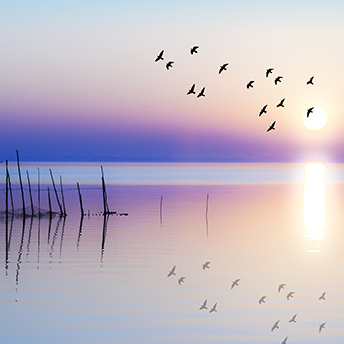 As seen in the

These were not his own idea but his company’s – which also paid for the sessions. The therapy was triggered by a crisis in the relationship between the firm’s co-founders. They were originally friends rather than colleagues but their working partnership had come under strain as their business expanded.

So they decided to undergo couples’ therapy to heal their relationship, then arranged for senior executives such as Simon to see the same therapist to repair any fallout from their own problems. “In the short term there were more tensions and insecurities because things came out, people felt vulnerable and it was a bit confusing,” Simon says. “It felt like the foundation of our workplace was no longer stable.”

However, he says, the company therapy proved invaluable in the long term. “After the earthquake, we let the mud settle and things went much better – it was a positive experience. For me, it was a good chance to say things with the help of a mediator in front of my bosses.” Gillian Lock, a north London integrative psychotherapist, has worked with businesses such as Simon’s in sectors ranging from construction to television. “My role is to hold a mirror up to people so they can see what kind of an impact they are having on others in an organisation,” she says.

The softly spoken Princeton University graduate believes an earlier career as an architect enables her to bridge the worlds of therapy and business. “I have experience of running a company, I know what it’s like.” Before training to be a therapist 15 years ago, a move fuelled by her desire to find a career that fitted in with her young family, Ms Lock was a director at design company BDG McColl, part of media group WPP. Before that she worked for Mace, the construction company. “Psychotherapy, like architecture, is an art and a science.

You have to not be precious about your ideas, you have to be prepared to rethink it and pull it apart,” she says. A small but growing part of her work, which includes marriage guidance, therapy for individuals and business coaching, is couples counselling for business partners. “In the workplace there can be personality clashes – you don’t just bring your work persona to work but your whole background,” she says. Bringing in a therapist can help illuminate some of the psychological problems behind problematic behaviour at work.

“Sometimes there is friction between partners and they don’t understand where it’s coming from.” As with a marriage, the business couple’s arrival at the small, book-lined office behind her house is usually triggered by a crisis. And also as with a marriage, her role is not to compel the couple to stick together; a good result might be to help them split up.

She is keen to point out that therapists are not there to give advice, but to help people set goals and discover the impact of their behaviour on others – “how it makes the other person feel”. She cites the example of one partnership that had founded a public relations company. The pair said they wanted to stay together but couldn’t work out how. One of the biggest problems was that one of the partners believed the other was preventing him from taking on a more creative role.

“As we started to unpick it, we tried to look at why [he had allowed himself] to get stuck in this role. Why [was he] not taking responsibility?” The dominant partner’s fear of being blamed proved to be unfounded. The partnership continued and, as a result of the changed roles, both were energised and the business thrived. There is little difference, Ms Lock says, between couples therapy and working with business partners. “I say you have to be as honest as you feel you can be. You need to try to represent the information in as kind a way as possible.” Nonetheless, she adds, she is trained “to hold difficult feelings”. And the emotions that come out of such sessions can be incredibly strong.

One of the most memorable scenes in Some Kind of Monster, the 2004 documentary about the US heavy metal band Metallica as it undergoes group therapy, is a confrontation between singer James Hetfield and drummer Lars Ulrich. Best friends for more than two decades, the two are forced to address their ongoing power struggle. At one point, Mr Ulrich finally admits he resents Mr Hetfield’s desire to control everything. “I just think you are so self-absorbed,” he says, pacing the studio kitchen. “You tell me I’m controlling, I think you’re controlling.

You control . . . even when you’re not here.” Before long, the mild-mannered stream of consciousness descends into a physical confrontation as Mr Ulrich’s quiet curses gather momentum, reaching a roar of swearing.Over two-and-a-half years of daily sessions the rock group – once labelled “Alcoholica” – became immersed in therapeutic language. Their leather outfits and sticky-up hair were in stark contrast to the pastel sweaters of Phil Towle, the counsellor brought in for a reported $40,000 a month by the group’s management.

According to Mr Ulrich, it was worth it. “Because of Phil, we have the best relationship we’ve ever had,” he declared in a testimonial on Mr Towle’s website. But does therapy always work? Simon believes it will not work in all companies (or even rock groups). His own experience was good because his workplace’s culture encouraged empathy. “There was already a certain amount of regard for people’s personal lives in the office,” he says. “It is a very human company.” Nevertheless, he says, even in his business one colleague was extremely hostile to it: “She thought it was a complete waste of time.”

It is a point Ms Lock concedes, saying that many industries are macho and resistant to touchy-feely language. Consequently, she does not always call her work “therapy”. She is, however, optimistic about therapy’s future in the workplace, despite the downturn. In part this is because there is an increasing number of therapists chasing individual clients but it is also the result of corporate culture becoming more amenable to services that improve employee well-being and productivity. “We can help a company get its energy back, which is important in times of recession,” she says. *Not his real name 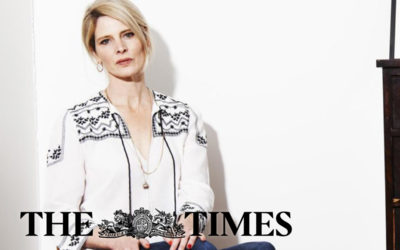 As seen in A few months ago I was tidying up after my youngest son’s...